There is no Judge, no Attorney (including the proverbial First year Law Student), no FBI Agent; not even Joe Splibbengates, Joe Neckbone, or The Village Idiot, who will agree with this Ruling --- and YOU won’t agree with it either!

This MISDEMEANOR was assigned to Three AUSAs; Three Defense Attorneys; Seven U.S. Magistrate Judges; Three U.S. District Court Judges; Eighteen U.S. Second Circuit Court of Appeals Judges; One U.S. Supreme Court Justice; and also the U.S. Solicitor General ( who is now a U.S. Supreme Court Justice). Considering that this MISDEMEANOR was Appealed FIVE times (remanded once). Not counting Elana Kagan, there have been THIRTYFIVE FEDERAL JUDICIAL DECISIONS that have been made on this simple  MISDEMEANOR ---  ALL OF THEM WRONG! 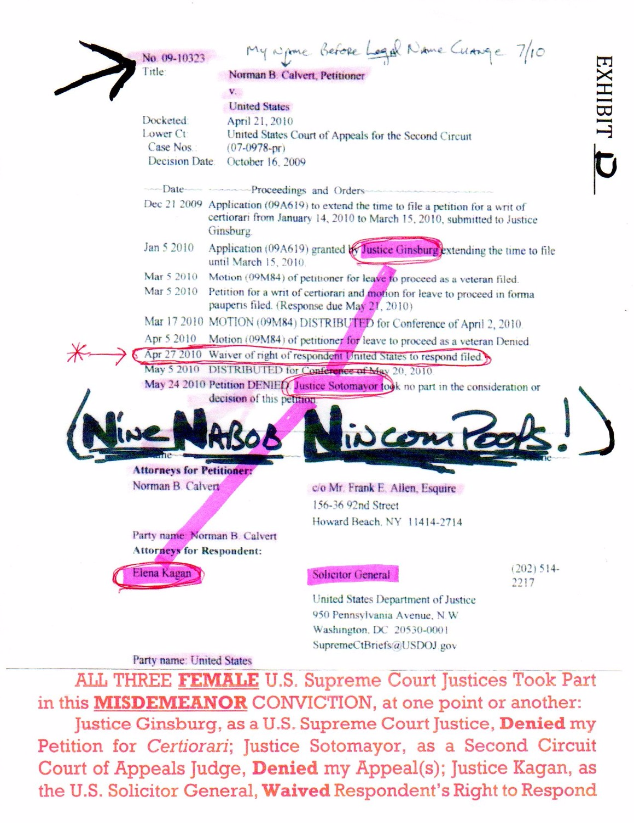