Was I  UNLAWFULLY EVICTED?

For My Fellow Global Citizens

I am also a 68 year old Decorated and Disabled Viet Nam Veteran, with TWO Honorable Discharges from the U.S. Army. In addition to that, I am the Ambassador-at-Large of the Kingdom of Heaven. 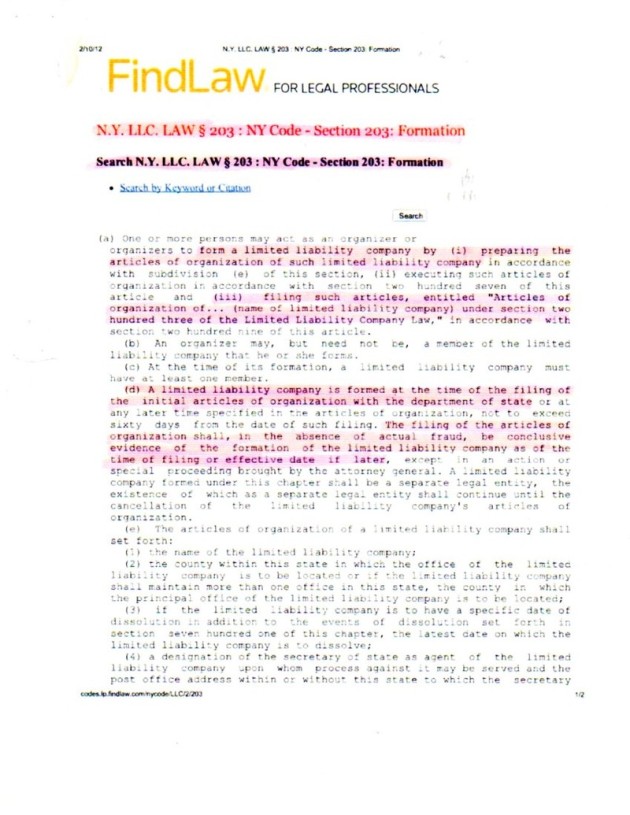 This is the LAW which governs a Limited Liability Company(LLC); and it says that an LLC is formed by its Initial Filing of the Articles Of Organization with the Depart-ment of State. Before this Initial Filing the LLC does not exist, and is as incapable of conducting ANY business as is Santa Claus, the Easter Bunny, or the Tooth Fairy.﻿ 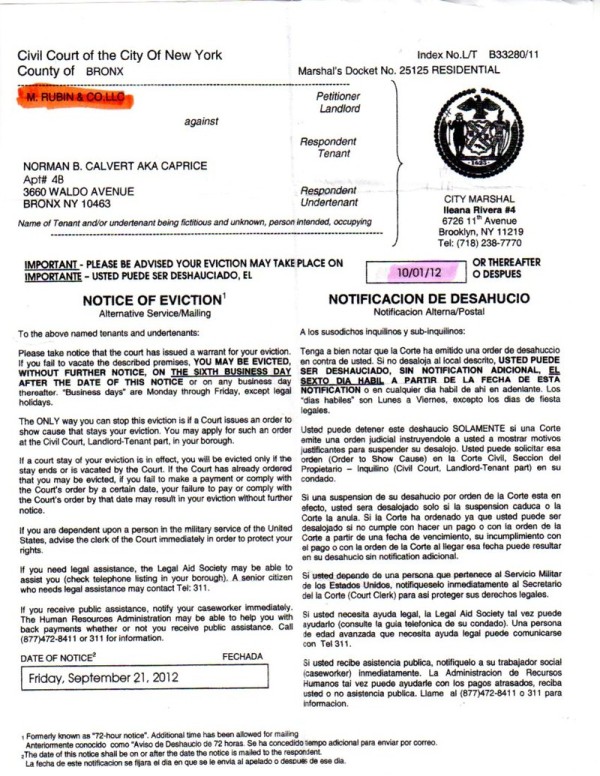 This is the NOTICE OF EVICTION which was used to UNLAWFULLY EVICT me from my home. As you can readily see, M. RUBIN & CO. LLC is the ONE and  ONLY  Petitioner seeking this action from the Court.

However, M. RUBIN & CO.LLC has NO LEGAL STANDING to ask ANYBODY to demand ANYTHING from ANYONE with regard to the Majestic; as can be readily seen in the documents below.﻿ 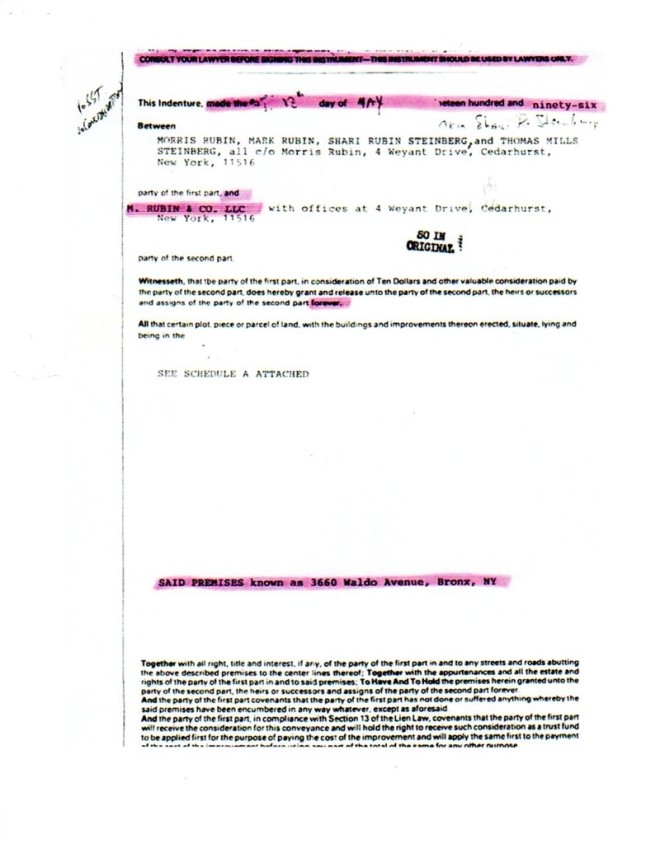 At the very top of this document, in the strongest language possible - bold/CAPS - it clearly states: "CONTACT YOUR LAWYER BEFORE SIGNING THIS DOCUMENT. THIS DOCUMENT SHOULD BE USED BY LAWYERS ONLY."

Since these conspirators have been in the Real Estate business for many, many years, and several of them are attorneys; it should be taken for granted that they knew EXACTLY what they were doing when they executed this document.

This is clear and convincing evidence for DISBARMENT and PROSECUTION of any attorney who had the temerity to participate in the filing of this document. 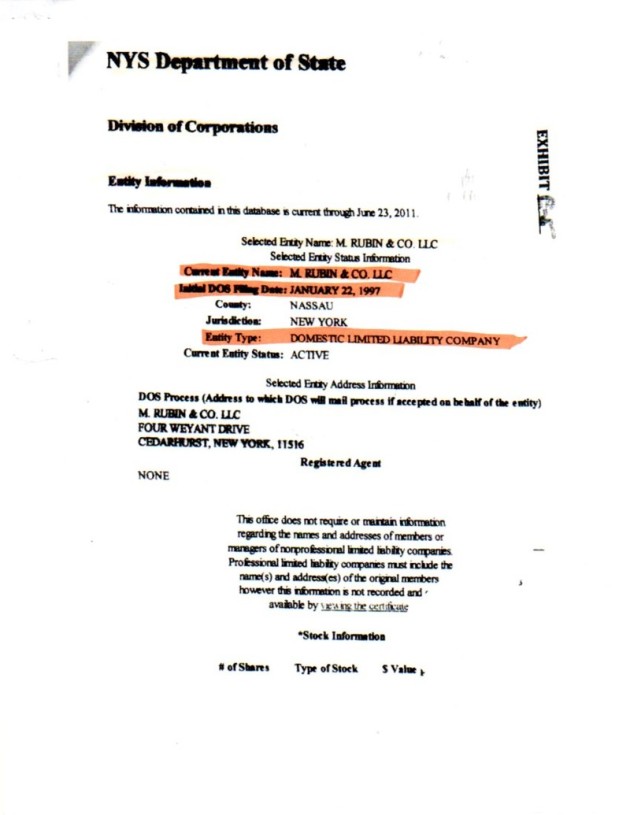 This document shows the Initial Filing with the New York Department of State of M. RUBIN & CO. LLC --- on January 22, 1997; Eight Months AFTER the DEED was signed. This is the document which CREATED  the Business Entity, M. RUBIN & CO. LLC. Before this date, M. RUBIN & CO. LLC had no more Legal Standing to conduct business than Santa Claus, the Easter Bunny, or the Tooth Fairy.﻿

This is "BUSINESS 101", and even the Village Idiot knows THAT!

Supreme Court Judge Alison Y. Tuitt in the Bronx, NY, seems to be the ONLY one in the World who can't understand that Law. 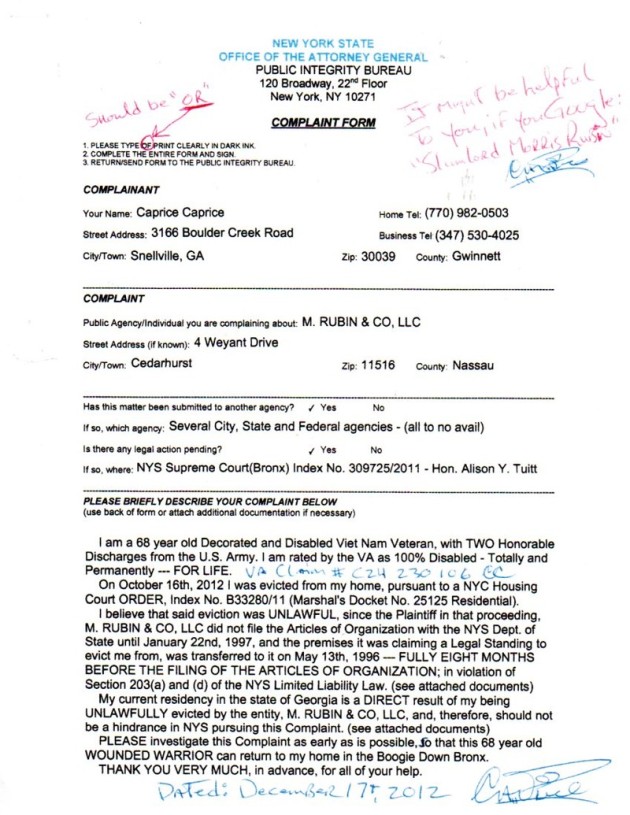 This is my Complaint to the New York State Attorney General, against M. RUBIN & CO. LLC. As you can see, the AG ain’t gonna do Jack about this – this reminds me of Bernie Madoff, who “Made Off” with $60,000,000,000.00 before the Government got off of their asses to do something.

Before I filed this Complaint, I complained about this to the Nassau County DA; the Bronx County DA (TWICE); the U.S. Attorney General; the VA; the IRS; the Bronx Borough President; and the Courts.﻿﻿ 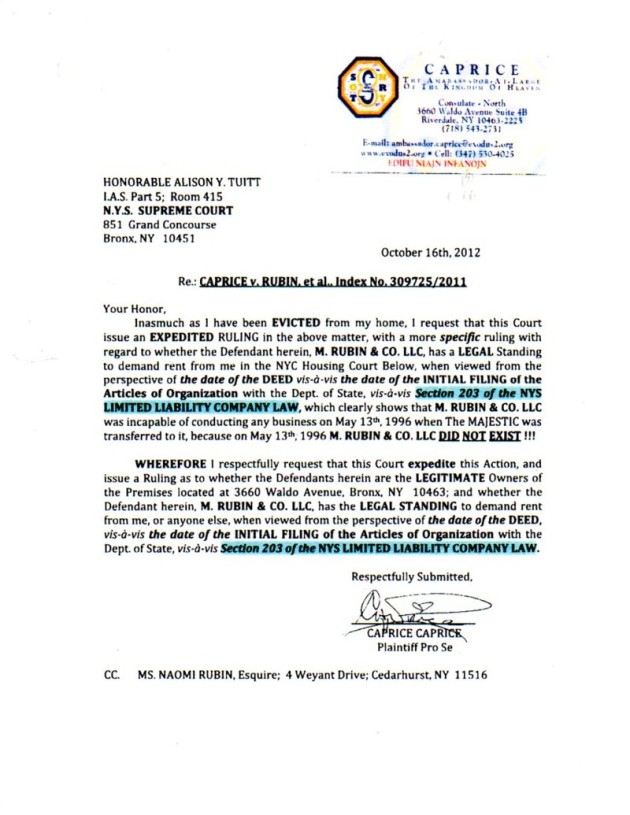 This is a letter that I wrote to Judge Alison Y. Tuitt, the day that the City Marshal UNLAWFULLY EVICTED me from my home. Here I am asking the Court to expedite this matter, and to determine, specifically, whether M. RUBIN & CO. LLC  has a LEGAL STANDING to demand ANY rent from me – and I unambiguously detail the D﻿﻿EED vis-à-vis the Initial Filing dilemma.

There is probably NO OTHER Building in the whole World which does NOT have a Legal Owner, other than the Majestic. What do you think are the chances that this would be the VERY FIRST apartment that SHORTY would “Direct” me to? Is there any wonder, that I believed that the Majestic was to be my EMBASSY of the Kingdom of Heaven?﻿