Presently before The New York State Supreme Court, Bronx County I have a Petition against MORRIS RUBIN and M. RUBIN & CO. LLC.

M. RUBIN & CO. LLC filed a Petition against me, in the Bronx Housing Court, claiming that I owed them rent arrears in the amount of $33,000.00, or thereabouts, since December 2010.

SHORTY sent me to the Archives, where I found something even worse than the proverbial “Needle in the Haystack”. SHORTY led me to a “Needle in a Stack of Needles” --- Hell, SHORTY even made it so, so that I was in the Archives on the very same day that M. RUBIN & CO. LLC was filing their Petition against me in the New York City Housing Court, June 7th, 2011.

Anyway, I got the DEED that was dated as May 13th, 1996; then SHORTY sent me to the New York State, Department of State, where I discovered that M. RUBIN & CO. LLC did NOT file its Articles of Organization” with the NY State Department until January 22nd, 1997 --- Fully EIGHT months AFTER the DEED was dated.

In New York State, as I suppose would be the same in all 50 States, an LLC, Limited Liability Company, cannot conduct any business before its “Initial Filing” with the Department of State. In New York State it is Section 203(a) and (d) of the Limited Liability Company Law which states that it is the filing of The Articles of Organization that, in fact, forms the LLC. Until that Filing, the LLC does NOT exist!

Those four NINCOMPOOPS could have just as well sold that building to Santa Claus, The Easter Bunny, or The Tooth Fairy, since, on May 13th, 1996 they were all just as “real” as was M. RUBIN & CO. LLC. What’s so hard to understand here?

Probably THE ONLY PERSON IN THE WHOLE, WIDE, WORLD who can’t get her mind around that concept is The Honorable ALISON Y. TUITT, in the Bronx County Supreme Court. Her ruling, along with The Honorable Erdell Rashford got me Evicted from my 2 BR apartment, in the Riverdale section of the Bronx, on October 16th, 2012.

“The only limit to our Realization of Tomorrow, will be our doubts of Today. 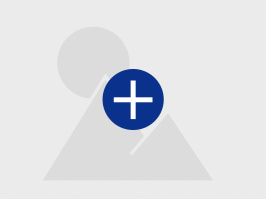