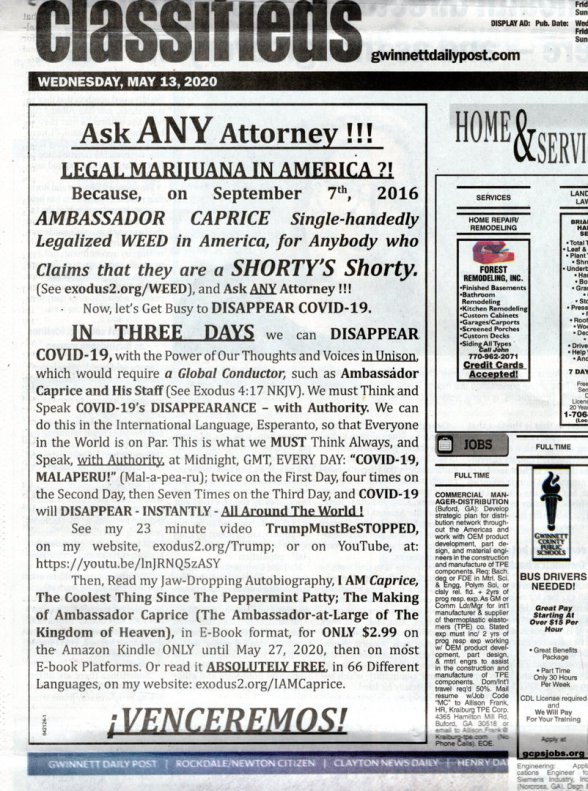 Your form message has been successfully sent.

You have entered the following data:

I AM a SHORTY'S Shorty! (Completing this Form is OPTIONAL. Copies of this Form will be e-mailed to the TODAY Show and Mike Bloomberg)

I’m gonna try to make this sooooooo simple that even a Corrections Officer or an FBI Special Agent can understand it.

EVERYBODY is ALREADY a SHORTY’S Shorty !!!

The Wild, Crazy Shit that I had to do to make WEED Legal for SHORTY’S Shortys is set forth in the last few pages of my Book’s Epilog, starting at page #175, below.

The first two pages are the four tickets that I had to get, and the next three pages are the Dismissals of those tickets. The second Federal ticket, the United States even PRAYED that the Court Allow them to Dismiss the ticket against me. LOL  Six times I smoked WEED on Federal Property, and Six times  the United States Waived their Right to Prosecute me --- They can NOT now Prosecute me for That Behavior again. See me Smoke WEED in front of the Atlanta FBI Headquarters on 4/20/2018.

I also include the Book’s Preface, so you can Learn of me and my Special Mission, EXODUS2™ - THE EVOLUTION REVOLUTION.

Although I proceeded under the Religious Freedom Restoration Act of 1993, the United States RAN from me. See my Habeas Corpus Petition(link) , which the United States Totally Ignored before they PRAYED to Dismiss the Second ticket – Effectively PRAYING that I be GRANTED EVERYTHING that I asked for in that Petition. Now, since they don’t want to GRANT me what I want under the Most Powerful Law in Our Nation of Laws, where The Rule of Law Reigns Supreme; then the United States will GRANT me what I want, under a Law that does NOT even Exist: The EQUAL PROTECTION Clause of the Fifth Amendment --- as Applied to the States through the Fourteenth Amendment.

Now, all that Anybody needs to Legally Smoke WEED in the United States is to Claim that they are a SHORTY’S Shorty, an Adherent and Follower of EXODUS2™ – THE EVOLUTION REVOLUTION. Then, you will no longer smoke Medical or Recreational WEED, but you will now be smoking Religious WEED, which has Already been, by my Ambassadorial Decree, Pre-Transubstantiated, for the Purpose of AUTOENTHEOIZING© by SHORTY’S Shortys. 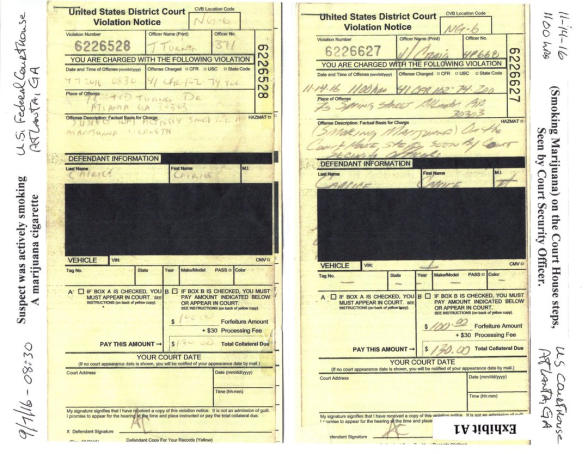 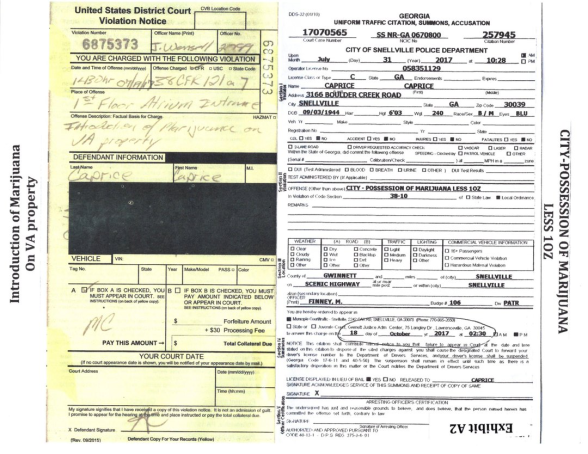 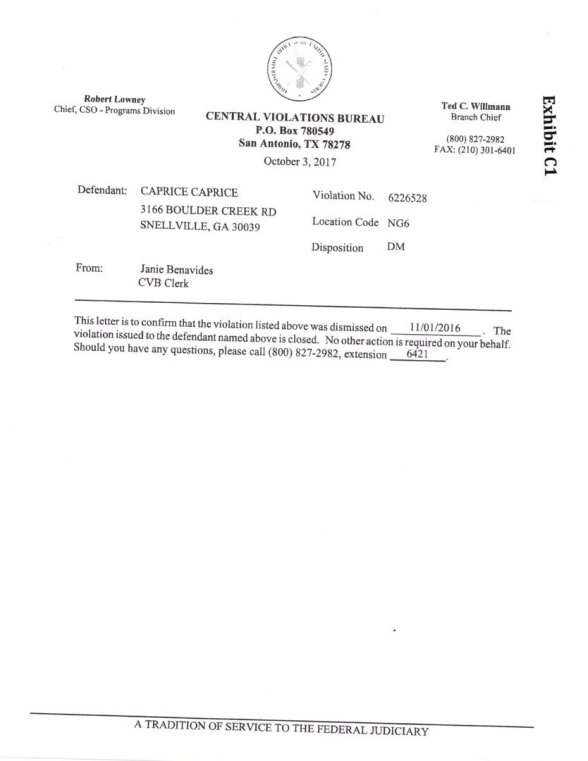 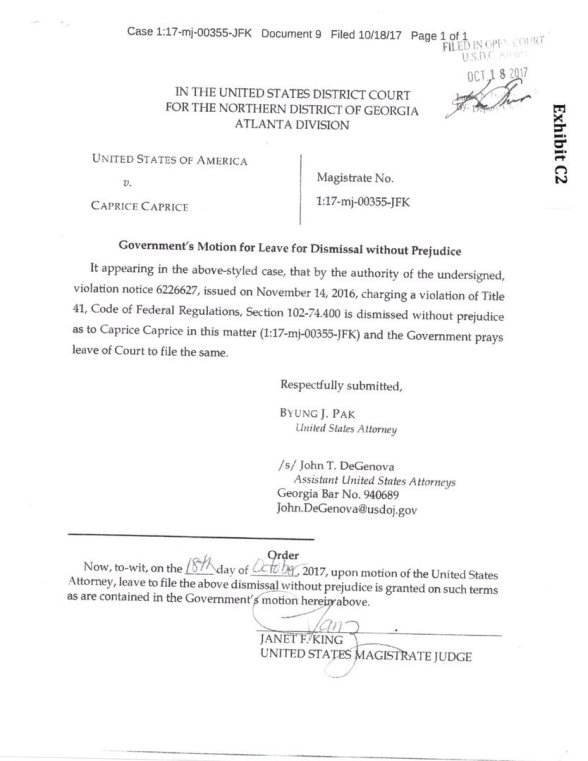 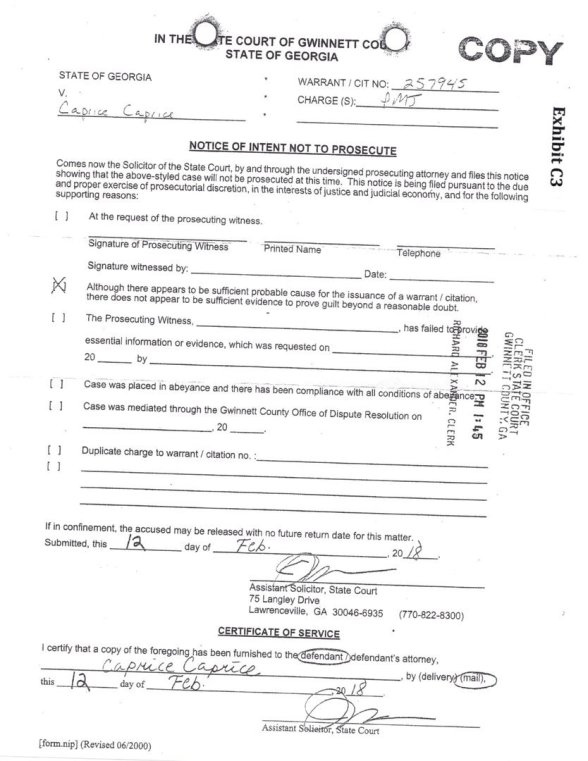 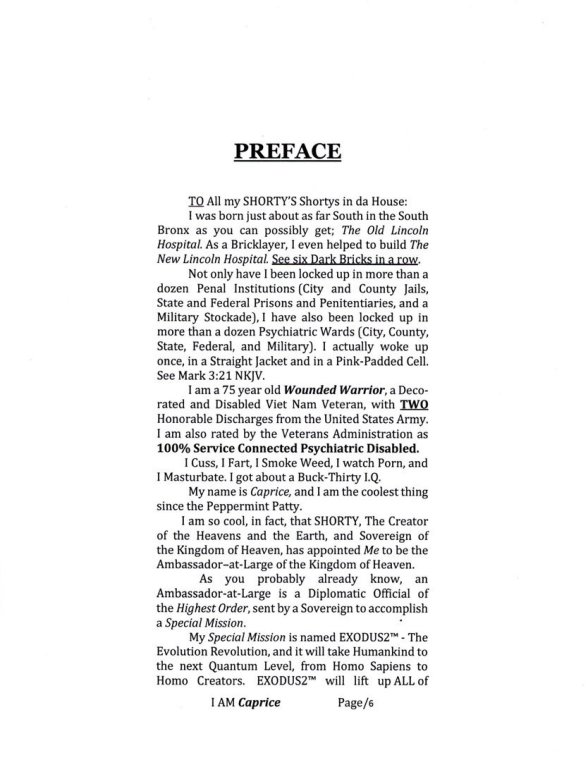 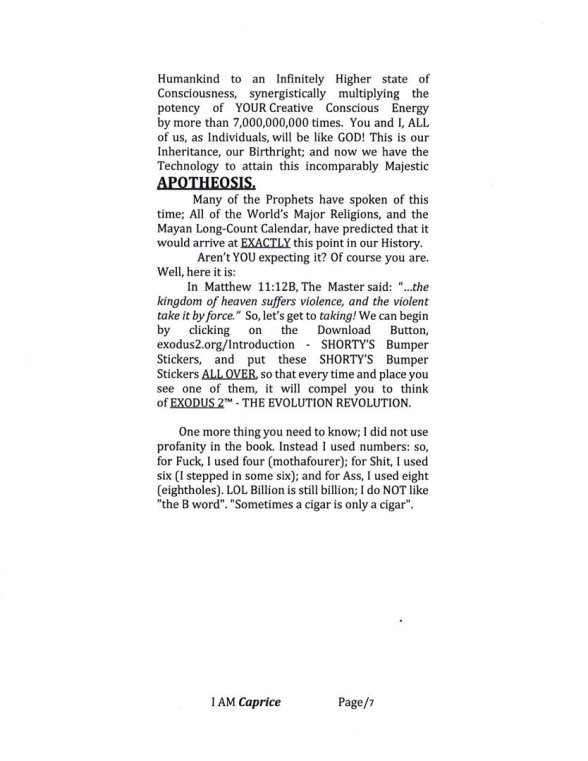 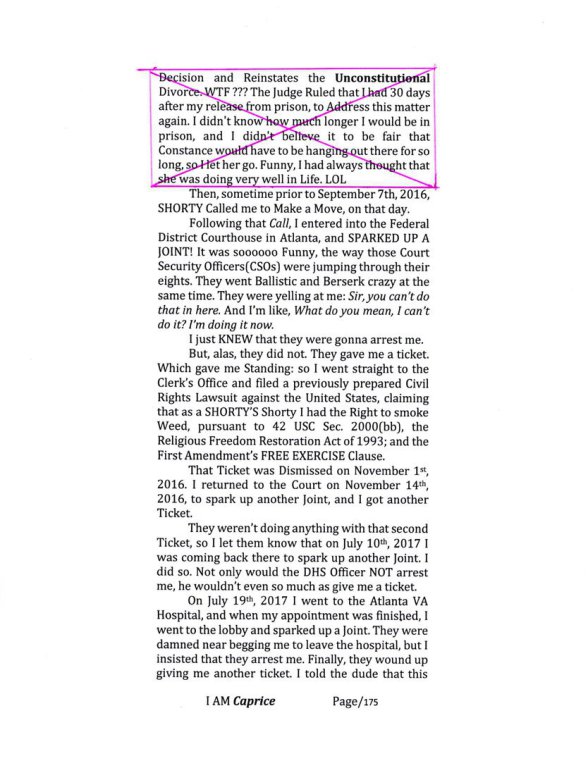 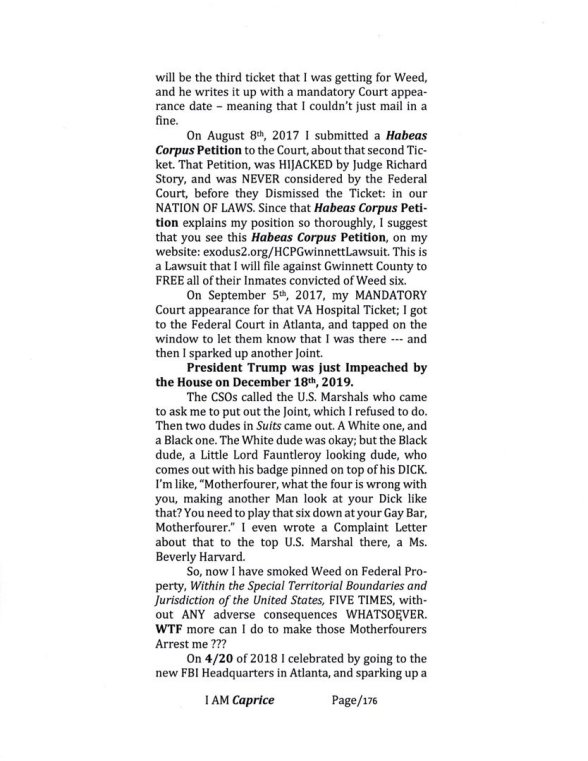 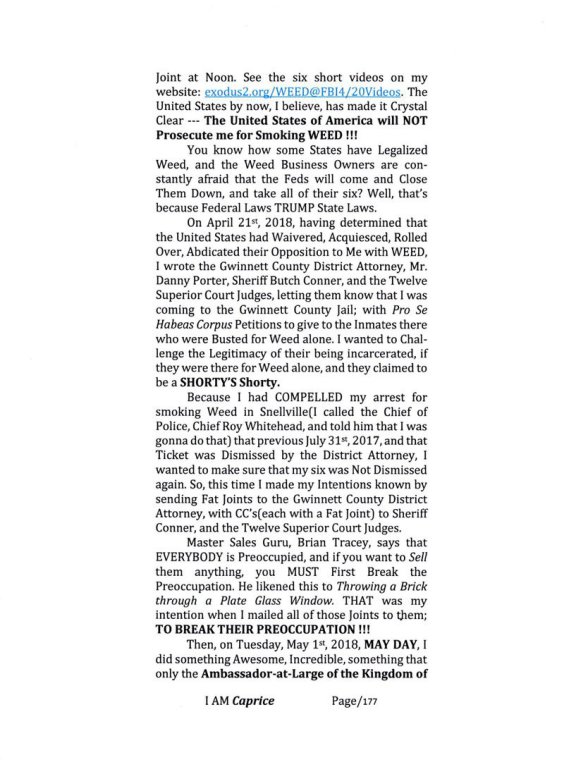 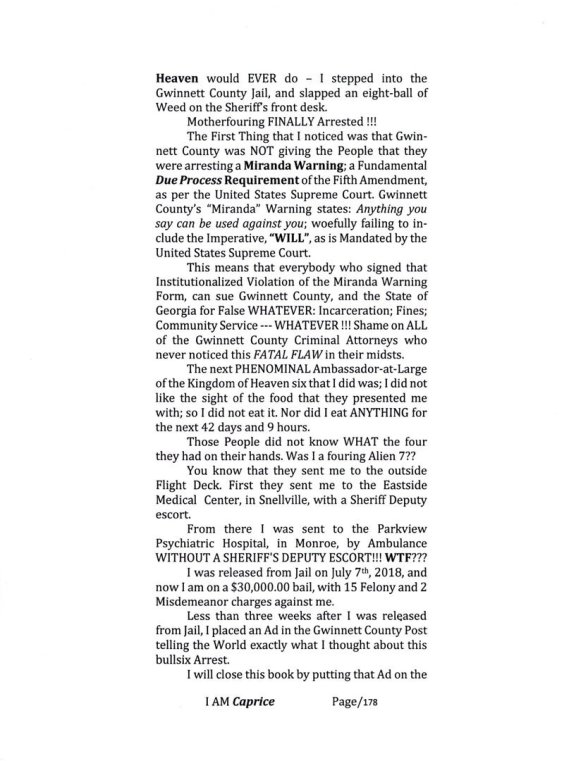 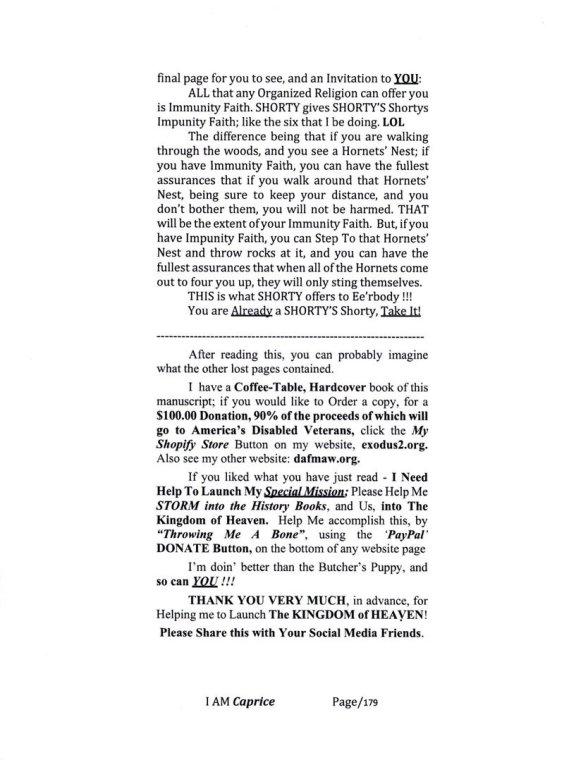 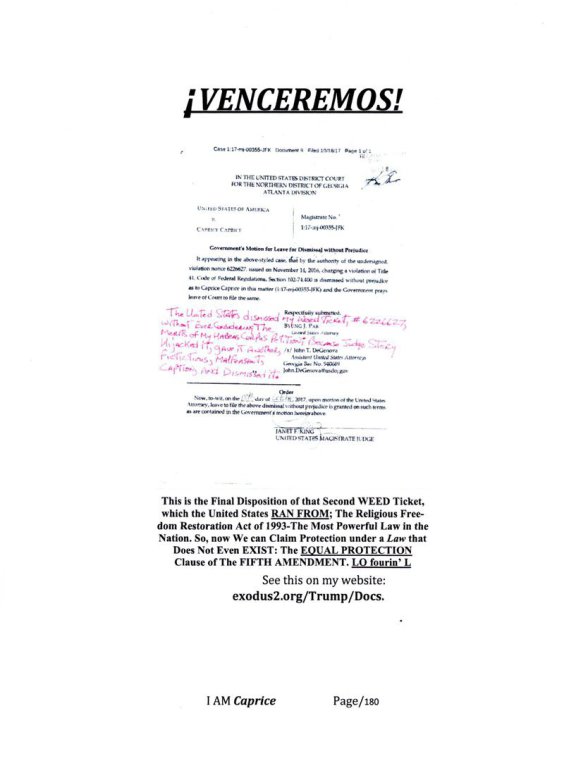 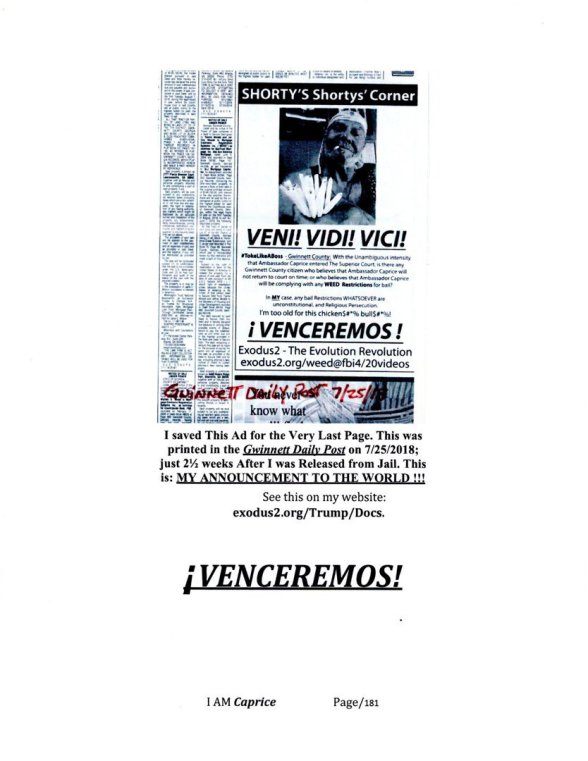 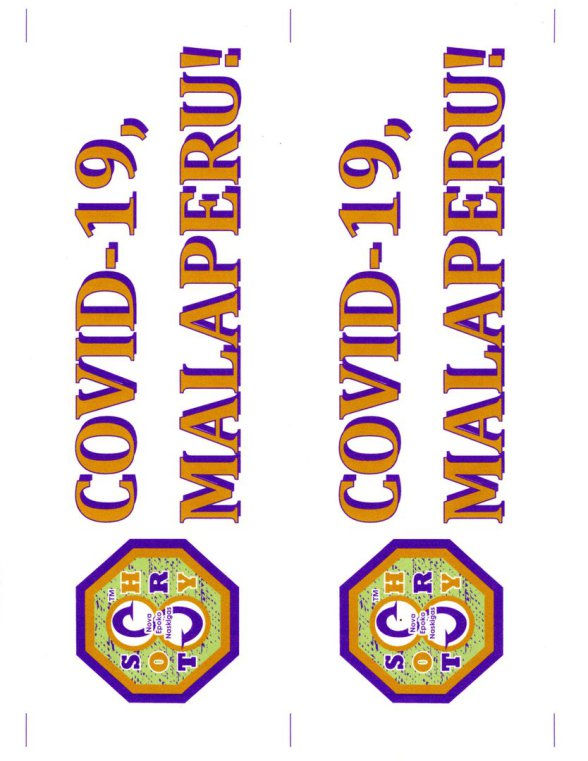