You can consider this as: “SHORTY’S Intro Letter”

I am The Coolest Thing Since The Peppermint Patty;

I am SHORTY’S Shorty, and SHORTY is Mine !!!

art in Me, and I in Thee, that they also may be in Us; that the world

may believe that Thou didst send Me.” Cf.: “exodus2.org/SHORTY/

The  SHORTY Symbol Explanation” In 66 Languages

To ALL of the LAW PROFESSORS

except  for  VIC  !!! [Because, sotto voce, VIC, who I thought was my LONGTIME FRIEND (1970’s, back in MY DAY, when VIC still had that Puppy Breath); just told me that if I contacted him again, he would “need to contact the authorities regarding this”].

(On the One Year Anniversary of my UNLAWFUL  EVICTION)

JUSTICE SOTOMAYOR, as a Second Circuit Court Judge, RULED AGAINST me;

JUSTICE KAGAN, as the U.S. Solicitor General, WAIVED the Right to RESPOND!

I have been fighting this MISDEMEANOR from before Justin Bieber was born!

HOW MANY OF YOU AGREE WITH THIS MISDEMEANOR CONVICTION ?

This MISDEMEANOR Conviction is:  “INCREDIBLE - as a matter of law!”

There is NO STATUTE OF LIMITATIONS for Fraud and Misrepresentation!

The February 28th, 1994 Report of Brooklyn VA Hospital Chief of Police, Gregory Bennett, states: “The U.S. District Court Warrant for Arrest, 94-0290M, is Attached to this Report.” That Report is dated THREE TIMES as 2/28/1994!  However, the FBI Complaint, Docket Number 94-0290M, upon which that “Warrant for Arrest” is based, is not even dated until THE NEXT DAY! (Justin Bieber’s Day of Birth) Furthermore, that FBI Complaint is not even SIGNED by a U.S. Magistrate Judge, rendering ANY Warrants in violation of the 4th and 5th Amendments.

Will YOU, Law Professors from Columbia and NYU, Grant me Certiorari?

Yes, I DO complain!  And Rightfully So!

And THAT ain’t even the half of it!

Digging themselves even DEEPER into this Kafkaesque Quagmire --- that BOGUS Felony, FBI Complaint was Superseded by a Misdemeanor Information, Docket Number 94-CR-1095(CBA). That’s the Honorable CAROL BAGLEY AMON, who, Amazingly and Remarkably, is now the Chief Judge of the USDC-EDNY !!!  I can tell you STORIES about the MIND-BOGGLING and PROFOUND DEPTHS of her JUDICIAL INCOMPETENCE!

Have any of you EVER heard of a WRIT in the Nature of Audita Querela?  You can find it in an older version of the Civil Rule 60, 1946 Amendment.

Anyway, that “MI” was dated Oct. 21st, 1994; eight months after the Feb. 10th incident. That “MI” was also Misworded, using “and” rather than the Statutory “or”. That Miswordingwas Transferred to the Judgment of Conviction, which, therefore, renders thatMISDEMEANOR Conviction in violation of the 4th and 5th Amendments. Also, since I spent more than the maximum six months sentence, in pretrial confinement; the Sentence of “TIME SERVED” is, itself, UNCONSTITUTIONAL !!!

Yet! I was DENIED Certiorari by the U.S. Supreme Court !!!

Would You PLEASE Write an amicus curiae “OPINION”, either “Dissenting” or “Agreeing” about this MISDEMEANOR CONVICTION; by following this path: “exodus2.org/CLEAR CAPRICE/Amicus Curiae OPINIONS/Dissenting OPINIONS –or- Concurring OPINIONS”, and use your amicus curiae OPINION to tell the President of the United States what you feel about this MISDEMEANOR CONVICTION --- which was the MOST DAMAGING evidence against me at my State Trial, and cost me FIFTEEN Very Long years of my life in New York State Maximum Security Prisons.

But,  FIRST SEE my 15 minute video, THE JIHAD BLITZKRIEG.

You can do it in 66 Different Languages.

This path: “exodus2.org/THE JIHAD BLITZKRIEG/26 Documents”, will lead you to all of the Official Documents which incontrovertibly, and irrevocably SUPPORT my Claims !!!

Master Salesman Guru, Mr. Brian Tracy, teaches us that EVERYONE is PREOCCUPIED; and in order for you to BREAK that Preoccupation, you must, figuratively,“Throw a Brick through a Plate Glass Window”.

I need to raise money for, inter alia, a LEGAL FUND to litigate some of the most unusual legal cases on Recent Record. I will need ONLY TWO Special Investors to invest  $10,000,000.00 each; which I will return with a 100% ROI or APR, whichever they might choose. To get that sum of money, I will “Throw a Brick through a Window!”

For my own purposes, $10,000,000.00 is waaaaay more than enough. The Second $10,000,000.00 will initiate a St. Patrick’s Cathedral Building Fund, for my appreciation of their providing a Memorial Service for my Firstborn Son, Israel DJ Izzy Calvert. In the event that St. Patrick’s Cathedral wishes to collaborate, I could suggest establishing a small structure, which would attract visitors from around the world, who will come, specifically, to exchange a donation to the Building Fund for an 8 ½ X 11 piece of paper; Perpetually!

All I want is a Phenomenal amount of MONEY to “Break that ‘Plate Glass Window’”, and Compel The GLOBAL MEDIA’s   ATTENTION!!!

Check out my Supurb “Character Reference”! 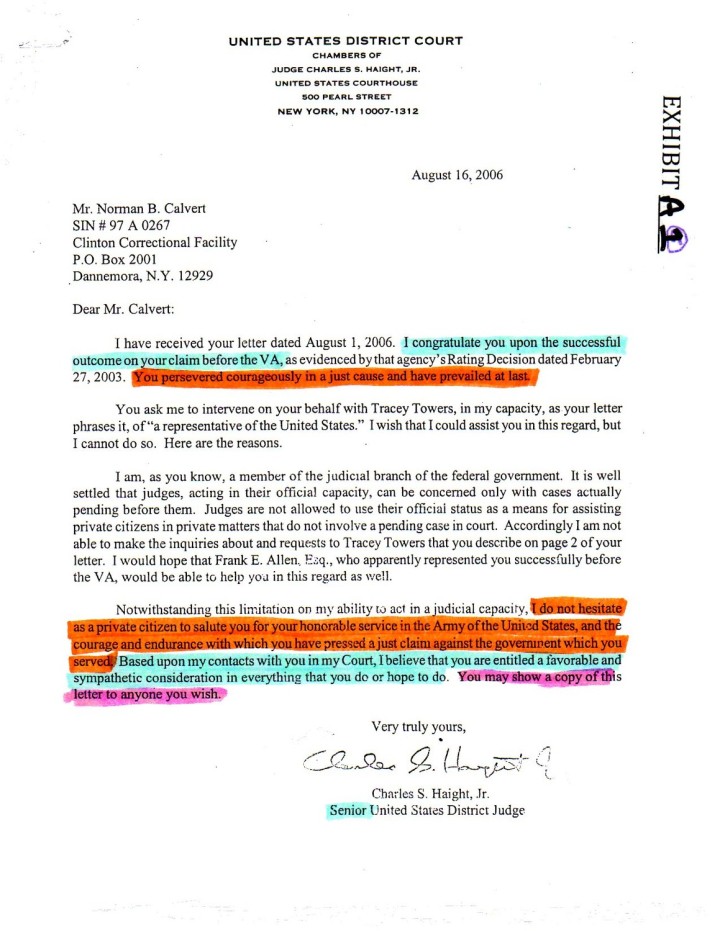